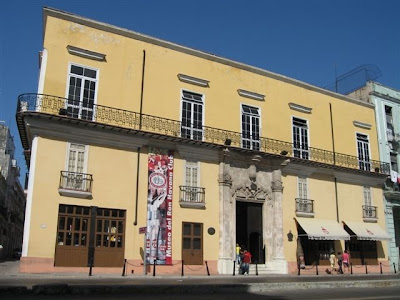 A federal judge dismissed a Cuban lawsuit Monday over the termination of U.S. trademark rights for its Havana Club rum, a victory for Bacardi's effort to take over the brand name as its own in the United States.
The dispute dates back decades and is entangled in property seizures during the Cuban revolution, the trade embargo with the island nation and U.S. trademark law.
Cuba's Havana Club is not sold in the United States because of the trade embargo, but the company got a U.S. trademark for the name in 1976 for future opportunities in case the embargo is lifted. French spirits producer Pernod Ricard has partnered with the Cuban government to sell Cuba's Havana Club internationally and has successfully driven up sales around the world outside the United States (AP)
For more information, click here.
Photo: Avenida del Puerto, Museo del Ron, Havana (Javier Santos).
at marzo 30, 2009