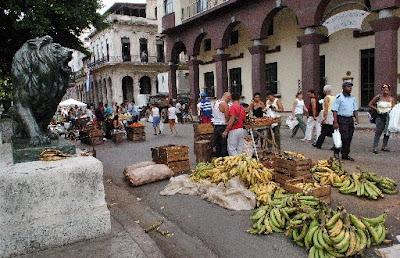 Cuba has begun a major overhaul of its food distribution system as part of an effort to increase production and tackle inefficiency, farmers and cooperative producers said.
So far, government officials have not spoken publicly of the moves, nor have official decrees been published.
But farmers are praising the steps because they say they will allow agricultural officials to concentrate on getting more food produced while leaving distribution to another ministry.
Local economists have applauded the measures, but say they fall short of the market mechanisms needed to improve output.
For more information, click here.
at marzo 30, 2009