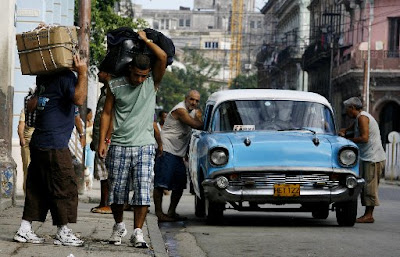 The Guayabita del Pinar tree, endemic of West Cuba, survives in mountain reserves and plots designed to preserve the raw material for an old, exclusive liquor.
Experts from Hermanos Saiz University developed a project to try and rescue the Psidium Salutare which the locals venerate but its tree population is in progressive decline.
The tree was abundant in grasslands but development of rural areas and intensive forest expansion displaced it to inaccessible areas. Controlled growth helps boost survival and genetically improve the near eight-feet-tall tree. Its fruit is the main component for Guayabita del Pinar, one of the smallest national liquor factories. It was built in the 20th century in Vueltas, Pinar del Rio, whose people discovered its powers.
For more information, click here.
at marzo 26, 2009