A puzzle inside a riddle wrapped in an enigma 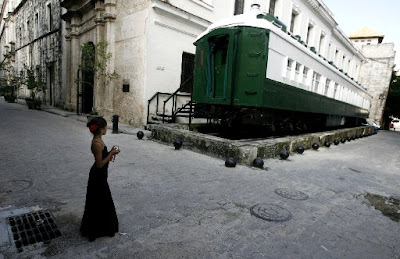 The Cuban government is aware in insisting on its country’s autonomy while recognizing that deeper relations with the global economy are now an imperative, that its control of the pace of domestic political change is also, for itself, another imperative. The leadership would, no doubt, like to see a situation in Cuba’s relations with the United States where this is at least implicitly recognized. Indeed this seems to be the position at which they arrived with the European Union, which a few years ago, ceased engaging in discussions on Cuba-EU relations on the grounds that there was an insufficient evolution of the Cuban position on human rights activists in the country. But they have seen, in recent times, a resumption of those discussions as Cuba has become a focus of other countries interested in trade and investment, particularly in a potential petroleum industry centered on the country’s maritime jurisdiction.
In a context of this nature, in relation to the United States, it has been suggested that there may have been those in Cuba who are interested in pursuing with greater determination openings with the metropolitan power, and that this may have been one of the factors involved in the dismissal of Lage and Perez Roque. We cannot easily know, for to outsiders, as Churchill remarked during the Second World War in respect of the Soviet Union’s foreign policy, political relations in such regimes are something of “a puzzle inside a riddle wrapped in an enigma”; though it is relevant to understand that those remarks were not made in the era of the internet and satellite communications. Churchill added to his remarks also, that “the key” to understanding “is Russian nationalism.” We should bear in mind that that observation also applies to Cuba, as it does to China.
For more, click here.
at marzo 18, 2009