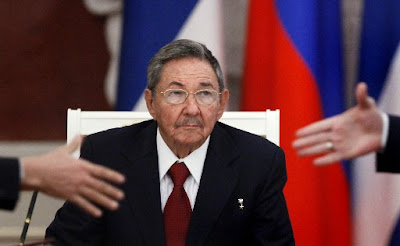 ''It is clear that Raul is not yet the Deng Xiao-Ping of Cuba, and is even further from being the Gorbachev. What he is doing, though, is cutting out the sclerosis that has built up over the past few decades and streamlining and decentralizing the communist state. This is what Raul did when his brother handed the military large portions of the Cuban economy during the Special Period after the Soviet Union support disappeared, and this is what he is doing again'', posted Patrick Doherty in The Havana Note.
For more information, click here.
Patrick C. Doherty is Deputy Director of the American Strategy Program at the New America Foundation. The American Strategy Program aims to promote a new American internationalism that combines a tough-minded realism about America's interests in the world with a pragmatic idealism about the kind of world order best suited to America's democratic way of life. Mr. Doherty is also Director of the foundation’s U.S.-Cuba 21st Century Policy Initiative, which seeks to take advantage of recent developments to move U.S.-Cuba policy in a more sensible direction to the benefit of both countries.
at abril 02, 2009

Could someone explain to me how in appointing 70+ years old to the higher offices in the land you "cut out sclerosis"?