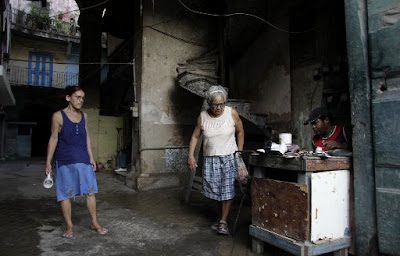 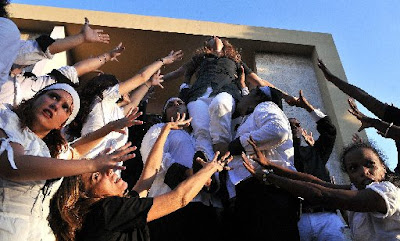 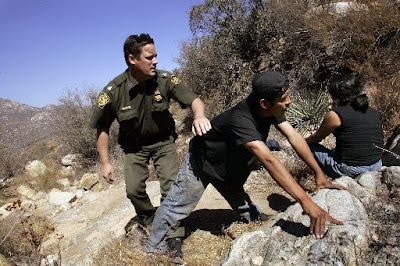 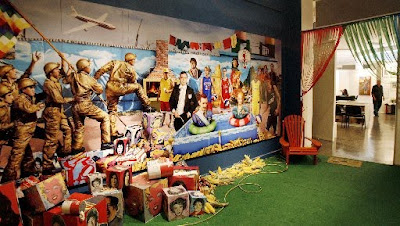 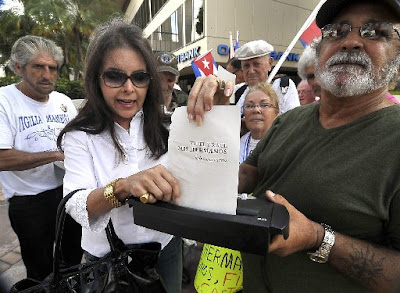 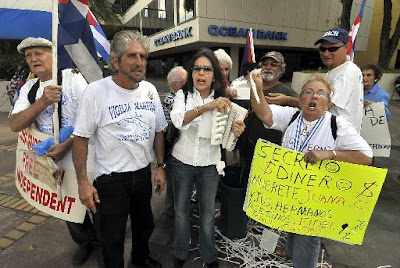 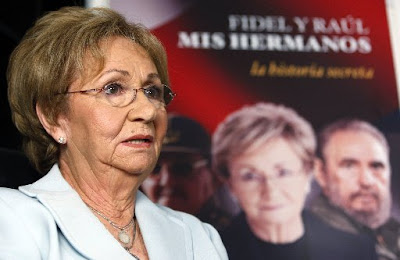 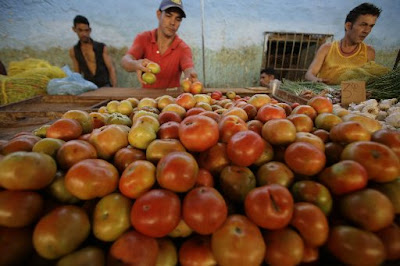 WILL WEISSERT/AP
HAVANA
The habanero peppers, oranges and peanuts cost more at Cuba's free-market ''agros'' -farmers markets where vendors, not the government, set prices. But food stalls overflow with abundance not seen elsewhere on the shortage-plagued island.
So when the Communist Party served notice that it plans to impose price controls at those agros -ending one of Cuba's few capitalist experiments -angry shoppers fearing yet more shortages turned on state inspectors in an unprecedented public rage.
Police were called to one farmers market this month when customers shouted and chanted at state workers conducting a routine inspection. Two Associated Press reporters were escorted out of the same market Tuesday after their questions about the changes caused another shouting match.
''It's going to be a mess. There will be less merchandise,'' said Antonio Gutierrez,
whose farm cooperative outside the capital sells vegetables to vendors at Havana's 42nd Avenue and 19th Street agro, where the disturbances occurred.
Price controls would end one of the country's few private business initiatives just as Cubans hoped the economy would loosen up under Raul Castro, who took power from his ailing brother, Fidel, in February 2008.
''Control is now what the Cuban government is trying to lock up more than ever,'' said Bill Messina, an agricultural economist at the University of Florida in Gainesville.
The free-market agros, where the state allows vendors to set prices based on supply and demand, have been very successful in getting food into people's hands, Messina said.
''But it does reduce government control of food,'' he added.
With the proposed change, shoppers accustomed to tables piled high with lettuce, spinach, grapes and green peppers fear either the empty shelves or unbearable lines that are routine at government-controlled produce markets.
At one such market this week, a chalkboard read "there are potatoes," meaning spuds could be purchased with Cubans' monthly ration cards. Besides that, a single produce stand sold only plantains, taro root and onions.
''They want to make all the markets like this. Sad,'' the lone vendor said.
Producers, sellers and customers said they heard from party officials that new price controls were set to begin Nov. 1 -but were postponed until January after a public outcry unheard of under the totalitarian government.
The government has not commented. But a member of Havana's municipal parliament confirmed the change had been scheduled to take effect next week. The official requested anonymity because he is not authorized to speak to international media. He said authorities did not take enough steps to implement the changes by Nov. 1.
The would-be takeover is part of President Raul Castro's overall crackdown on corruption -in this case on farmers who are required to meet government quotas but
instead sell to free-market vendors through unlicensed truckers because they make more money. By law, small producers and cooperatives can sell leftover fruits and vegetables at their own prices after they meet production quotas -usually around 70 percent of everything they grow.
But the state often takes more than six months to pay farmers, while the truckers offer cash on the spot, said Ismael, a cabbage vendor who only gave his first name because he admitted flouting the law.
''We are bandits,'' he said. ''But without us, none of this works.''
Bringing trucks loaded with fruits and vegetables into Havana without permission is illegal, but Ismael said, ''we've got the police more or less paid off.''
The agros first appeared in the 1980, when food shortages forced a reluctant Fidel Castro to allow farmers to sell produce at prices driven, at least in part, by the free market. Castro shuttered them six years later to improve foundering state agricultural production.
''They closed them for some of the same things we are talking about now: the black market, middle men making all kinds of money, the government unable to control the market, the food supply,'' Messina said.
But the small dose of capitalism returned in 1994, when Cuba was again forced to allow more free-market enterprise to keep its people from starving after the collapse of the Soviet Union, which gave Cuba billions in annual subsidies.
More than 300 farmers markets now operate nationwide. But over the years, most have shifted from market-based pricing back to state hands as the government worked to prevent prices from climbing too high and sellers from becoming too rich.
After Hurricanes Gustav and Ike ravaged the island last year, the state froze prices on produce at all farmers markets and restricted sales to prevent hoarding. Free-market agros virtually shutdown because vendors preferred to stay home rather than operate at a loss.
Permanent price controls could ruin fruit and vegetable vendors such as Pablo Miguel Saldivar, a 12-year veteran of the 42nd and 19th market who stacked green bunches of small bananas on a rusty metal tray.
Fellow vendor Maria Elena, who didn't want to give her last name and be identified criticizing the government, is an agricultural engineer who makes more money selling papaya.
''I'm 51 years old. Where will I go?'' she said.
When state officials arrived three weeks ago to close this market for inspection, rumors swirled that they were imposing new prices. Shoppers mutinied, yelling until the police arrived.
''There was a misunderstanding, and the people reacted,'' Saldivar said.
But the air at the markets remains tense. Retired beer factory worker Nancy Alfonso triggered bedlam Tuesday when she defended the proposed changes, saying, ''the state doesn't rob, it's all of these people who do.''
Screaming on both sides got so intense, officials removed reporters asking questions.
''Don't you know this is foreign press!'' a market administrator angrily admonished Alfonso and other shouting customers as he ushered the AP out of the market.
Photo: A vendor sells tomatoes in a public market in Havana, Wednesday, Oct.28, 2009. Rumors that Cuba may end one of its major free-market experiments and control prices at local farmers markets has caused a public outcry unheard of on the communist island as shoppers fear more state control will mean even less food.(AP Photo/Franklin Reyes).
at octubre 28, 2009 1 comentario: 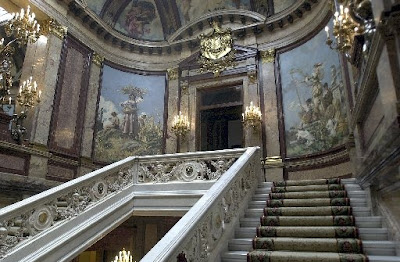 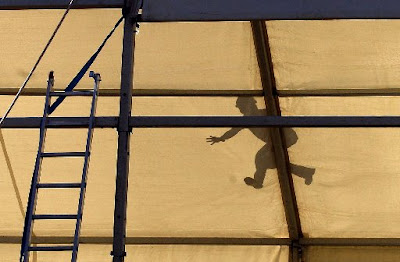 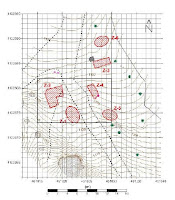 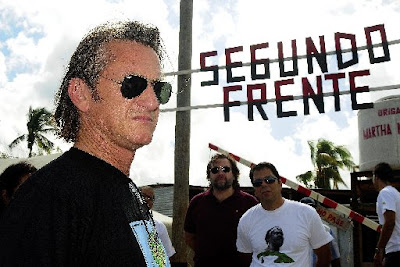 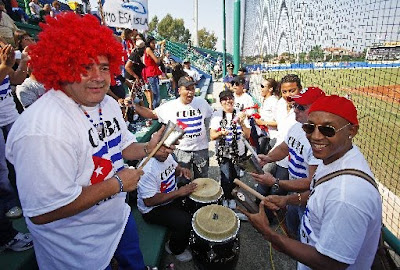 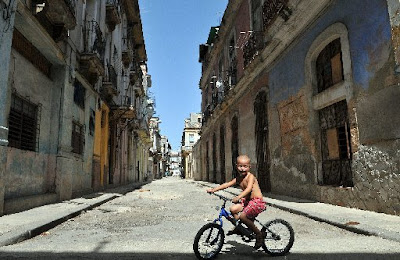 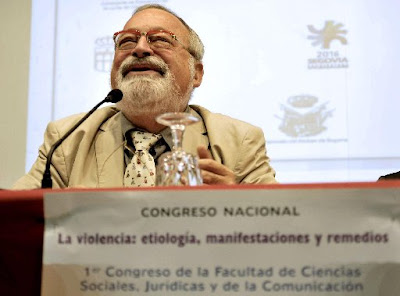 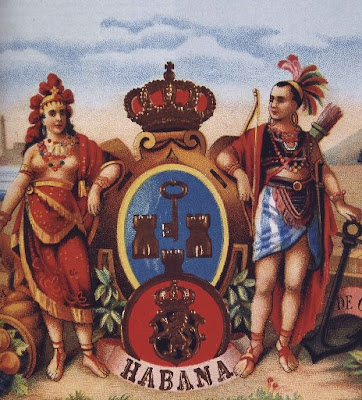 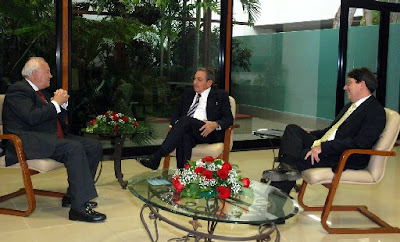 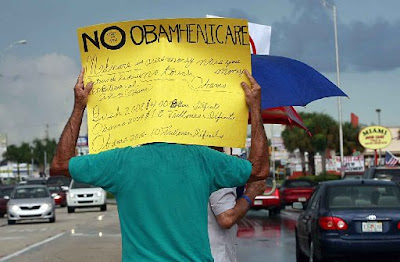 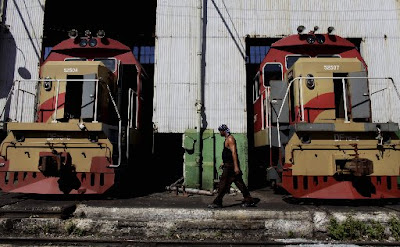 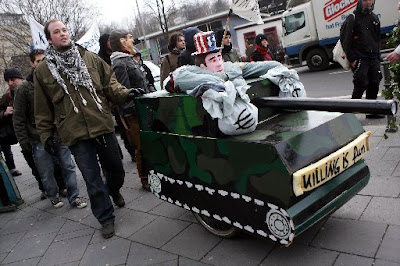 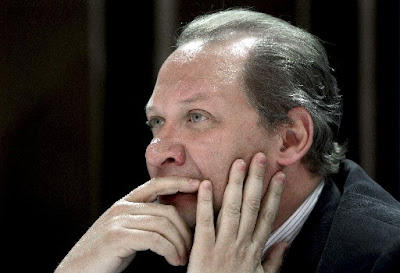 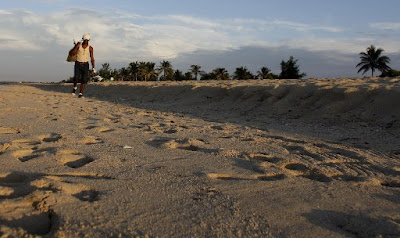 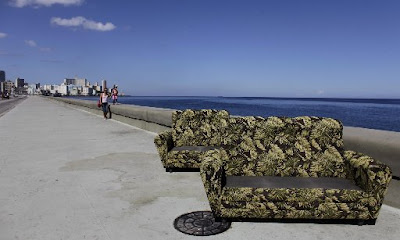 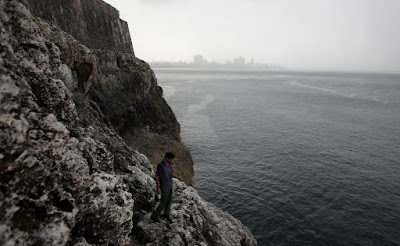 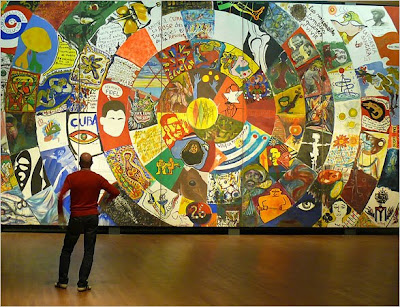 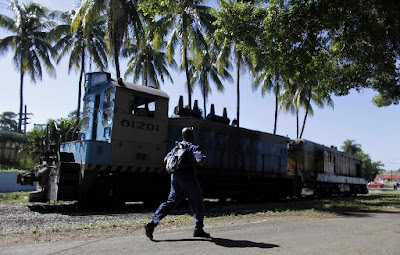 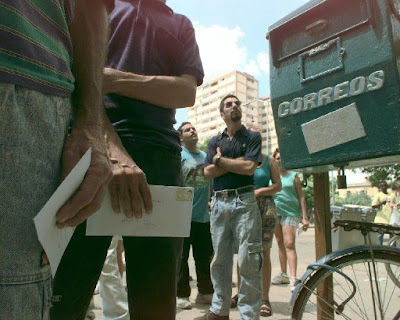